Beatles Pilgrimage: Travelling to India’s Rishikesh the Yoga capital of the world

For many listeners worldwide, popular music was never able to improve past the watershed moment of 1967 aka The summer of love. The energy of those times was so strong, in fact, that many years later the spirit of the fabled 60s is alive and well by legions of supporters. The corrupt and egotistical by comparison decade of the 1970s was still three years away and the 60s were a time of spiritual pursuits, much like the fabled city of Rishikesh.

No other artist achievements were quite as important to popular music as the release of the Beatles’ seminal albums Sgt. Pepper’s Lonely Hearts Club Band and the White Album. And, no other place was as vital to the creation of the Fab Four’s masterworks as the tiny Indian city of Rishikesh. Here’s what led us on our pilgrimage to the Beatles’ Rishikesh Ashram, what we saw and what’s been happening to the spirit of the 1960s.

A brief history of the Beatles Ashram in Rishikesh

In India, the word ashram is meant to denote a place that is set up as a spiritual retreat. While different types of spirituality are promoted throughout the Indian Peninsula, ashrams tend to share two common traits. For one, their daily activities gravitate around the practice of yoga. Secondly, the vast majority of ashrams are to be found in the Northern, less populated, part of the country. This area is defined as much by its cooler weather conditions and hillside geography, as by its customs which vary considerably from its Southern counterpart.

To many of the practitioners of yoga, there is no other city of quite as vital as Rishikesh. The Yoga capital of the world, as it sometimes dubbed, lies at the foothills of the Himalaya mountains. And, for a brief time in rock’s landmark moment of 1967, the tiny city housed the most important rock group on the planet, Liverpool’s own the Beatles.

The Ashram, also known as Chaurasi Kutia, is in fact what remains of the, one time, world-famous International Academy of Meditation, an ambitious yoga centre set up by Maharishi Mahesh Yogi, the Beatles’ one-time spiritual advisor.

The beauty of the Rishikesh retreat

The quiet city of Rishikesh is situated conveniently a life-time away from the clutter of most of India’s vibrant, but highly populated cities. The cool mountain air greets you as you make your way into this yoga retreat favoured by Westerners and Indians alike. This is the place, after all, that luminary figures such as Paramahansa Yogananda made their own spiritual pilgrimage to long before the Fab Four.

The beloved Ganges river flows through the city, seemingly splitting it right down the middle. The majority of the yoga retreats can be found one traveller traverse the pale blue water of the Ganges. They can be accessed by crossing the Ram Jhula Bridge with its breathtaking view. Those looking to conserve their energy may opt to turn to the services of the boatman who is always busy assisting travellers on their journey in return for a small fee.

A gigantic statue of Shiva sits near the Parmarth Niketan temple welcoming those starved for spiritual sustenance. Numerous temples, spiritual retreats and places of healing can be found in Rishikesh.

For those looking for a different type of excitement, the city offers a variety of customized adventures in the form of white water rafting, mountain climbing, bungee jumping and, even, a chance to witness Asian Elephants and Bengal Tigers in their natural environment through organized wildlife sighting trips.

Art and popular music simply flourished throughout the 1960s. And, sometimes adventurously, other times naively, spiritual pursuits of all types were greatly encouraged during the decade. By the time the Beatles had come into contact with Indian spirituality. Collectively they had already been teddy boys, rockers, psychedelic pioneers and champions of world peace.

Maharishi met the Beatles in 1967, while the Indian spiritual figure was touring the world, promoting the concept of Transcendental Meditation. By most accounts, it wasn’t the Fab Four’s curiosity that led them to meditation. In fact, it was also the promise of internal peace, something that had been greatly shaken by the death of their longtime manager Brian Epstein. Sure, LSD had been something they had championed, but meditation now promised similar results without the chemically altering potential of drugs.

By far the band’s biggest supporter of the meditation techniques was guitarist George Harrison. He had been introduced to the teachings upon attending, with his wife Patty Boyd, one of the Maharishi’s seminars in London. The general consensus seems to be that it was Harrison who got the other band members on board with attending the Indian guru’s seminars. The others, chiefly Paul McCartney showed some hesitance at first, but quickly bonded over their interest.

In February 1968, the group members together with a party that included their wives, as well as musicians Donovan and Mike Love of the Beach Boys, set off for Rishikesh. They then live in the modest quarters set up for students of yoga, they lead a simple life and were taught how to meditate.

Writing the White Album in Rishikesh

When we visited the Beatles’ Ashram in Rishikesh we were greeted by the sight of something resembling a summer camp. All of the tiny stone buildings were still erect, including the one that had housed John Lennon and the rest of the group, albeit these have remained uninhabited for decades.

When they arrived in Rishikesh, the Beatles were taught Transcendental Meditation, a particular type of yoga developed by the Maharishi centred around the idea of an individualized mantra. Furthermore, they were required to relinquish, for the time being, most of their Western ways and what other spoils had come packaged with the enormous success they’d enjoyed. This, in particular, caused tension with some of the parties’ members. Ringo Starr was the first to leave Rishikesh with Paul McCartney following a few weeks later.

However, it also proved to be the group’s most prolific time. Equipped with acoustic guitars, the barefooted Beatles wrote the majority of what would turn out to be their White Album, their most eclectic work, as well as songs that found their way onto subsequent individual releases.

John Lennon and George Harrison, arguably the Beatles’ most spiritually inclined group members stuck it in the retreat out for a while longer. Indeed, it was Harrison who seemed to develop the most under the influence of the new teachings and who would make Indian culture and spirituality an important part of the rest of his life.

The tale of the Yogi teacher and the Beatles is said to have ended on a rather sour note, although opinions vary as to what caused it. What is known is that John Lennon was the one who pushed for the Anglo-American party into leaving the ashram.

Although the Beatles departed earlier than initially scheduled, it is said that all of them continued the practice of meditation throughout their lives and often thought fondly upon their time spent in India. It had been, after all, the birthplace of arguably the Beatles’ last great work as a collective.

In many ways, the Beatles’ Ashram is a time capsule. The camp, which had at one point been able to house hundreds of yoga enthusiasts, lies deserted, albeit in a similar state as it would have presented itself back in the late 1960s. To the untrained eye, the ground reveals itself as a peaceful garden covering graffiti-covered buildings.

The graffiti, however, is part of other fans’ pilgrimage to the site. It presents the yogi and the musicians in various poses and offers a glimpse into the whimsical spirit  1960s. As visitors, we were granted access to the various houses and cone-shaped meditation centres, which, arguably, would have represented merely an interesting outing to the majority of tourists unfamiliar with the mythology of the 1960s.

But, for those like ourselves, obsessed with the Beatles and their cultural significance, this was a mission. For any of the ubberfans who have seen the images of the white-robbed Beatles standing in this garden, laughing, writing songs, the chance to be there, share a moment, or even meditate, is a worldly delight offered by few other things.

While naive to some, the Beatles’ most striking message adorns one of the walls of what had once served as the site’s cantine. All you need is love. And, for a moment, during the 1960s, a group of spiritual travellers, the Beatles with their entourage and the Maharishi with his, influenced millions across the world, exporting love & harmony. If the methods would seem cynical to you, then at least you get to enjoy some of the world’s greatest songs which have the tiny city of Rishikesh, India, as their birthplace.

Edward is a self-taught content writer and a life enthusiast. He sees the comedy in everything and his jokes are like nothing you've heard before. He plays the guitar and helps others learn. He writes about all the things he loves: music, sports, and life stories. Find more of his music-related stories at http://alt77.com/ 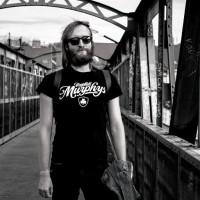 Top Things To Do in Copenhagen, Denmark (Free Activities Included)

Copenhagen is the capital city of Denmark, and it is such a beautiful city. That’s why I created…
END_OF_DOCUMENT_TOKEN_TO_BE_REPLACED
DestinationsEuropeNorwayTravel Planning

If you’re planning a Norway road trip, then let me first tell you that you’re about to be amazed…
END_OF_DOCUMENT_TOKEN_TO_BE_REPLACED
DestinationsEuropeRomania